inversions & deceptions
in the new hegemony

compensating & overcompensating
Tweaking cultural output to manipulate audiences,
in order to counter prejudice, has a price.

one law for the Left, another for the Right
Roger Scruton was sacked, John McDonnell was not. Appalling (double) standards in journalism and politics.

legal opportunism & the collusion of powers
The weakness of the case against Ireland/Apple.
The ECJ: impartial arbiter or agent for federalism?

EC v Apple: competence creep
The Commission’s use of state aid law to attack tax competition is an abuse of its powers.

EC v Apple: retrospection is immoral
The demand for $13bn of additional tax from Apple violates the rule of law.

an academic scandal
The Ethics and Empire episode shows that large tracts of academia have become damagingly politicised.

legal certainty
Legal certainty is a defence against arbitrary state power. As a principle, it is at risk of erosion.

lucidity and obfuscation
Lucid dreaming as a topic, and potential key to understanding sleep, was pioneered by Dr Celia Green.

consciousness and the sausage factory
The problem of consciousness. Why academia, as it stands, is unlikely to generate a solution.

consciousness and ... (part 2)
Major intellectual progress requires special conditions. Recognition of this is on the decline.

the meaning of mediocracy
Collectivism, masquerading as egalitarianism, is the dominant ideology – not individualism.

Celia Green is a genius (pdf)
Green’s originality in analysing human behaviour places her in a class with Nietzsche and Freud. 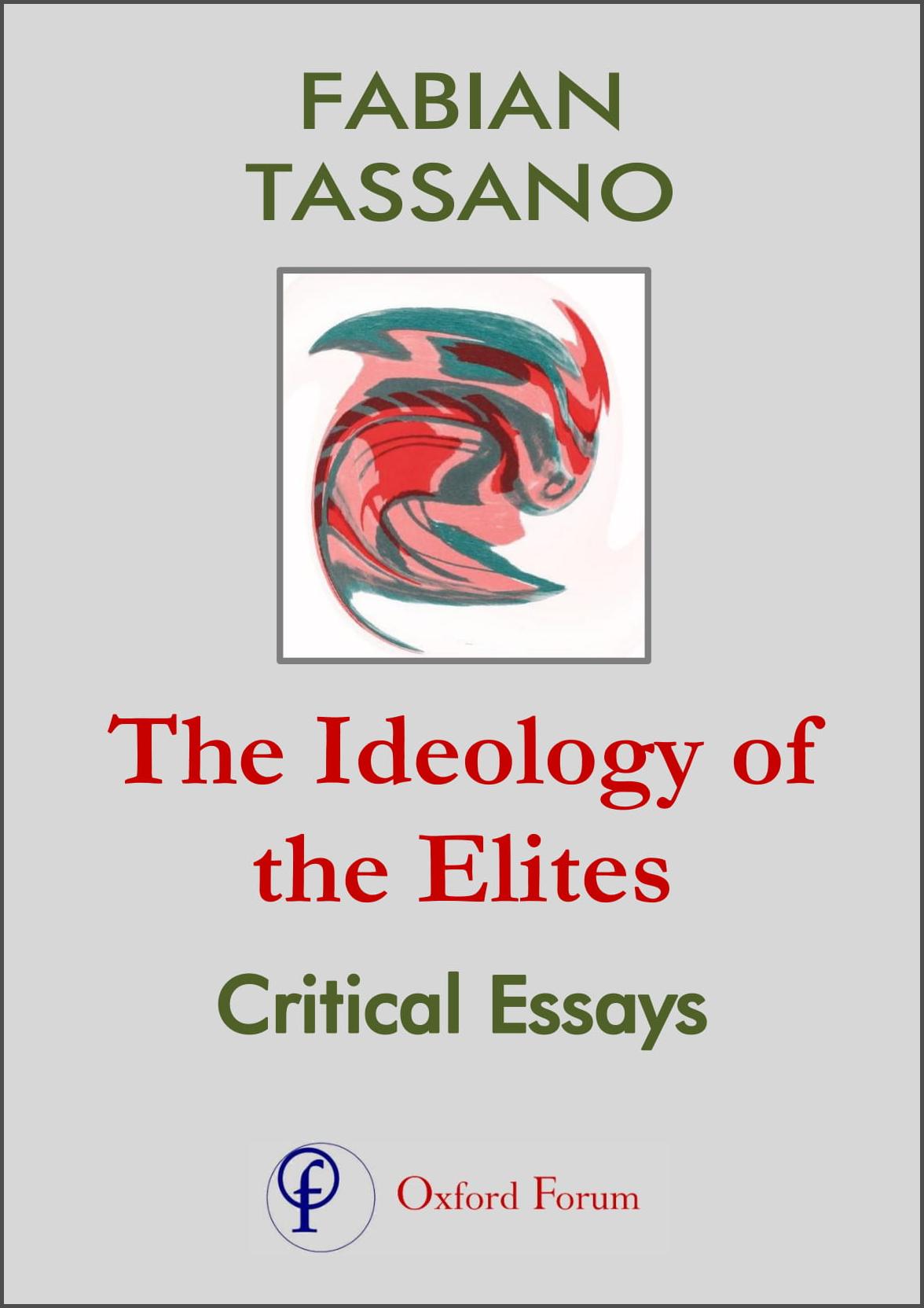 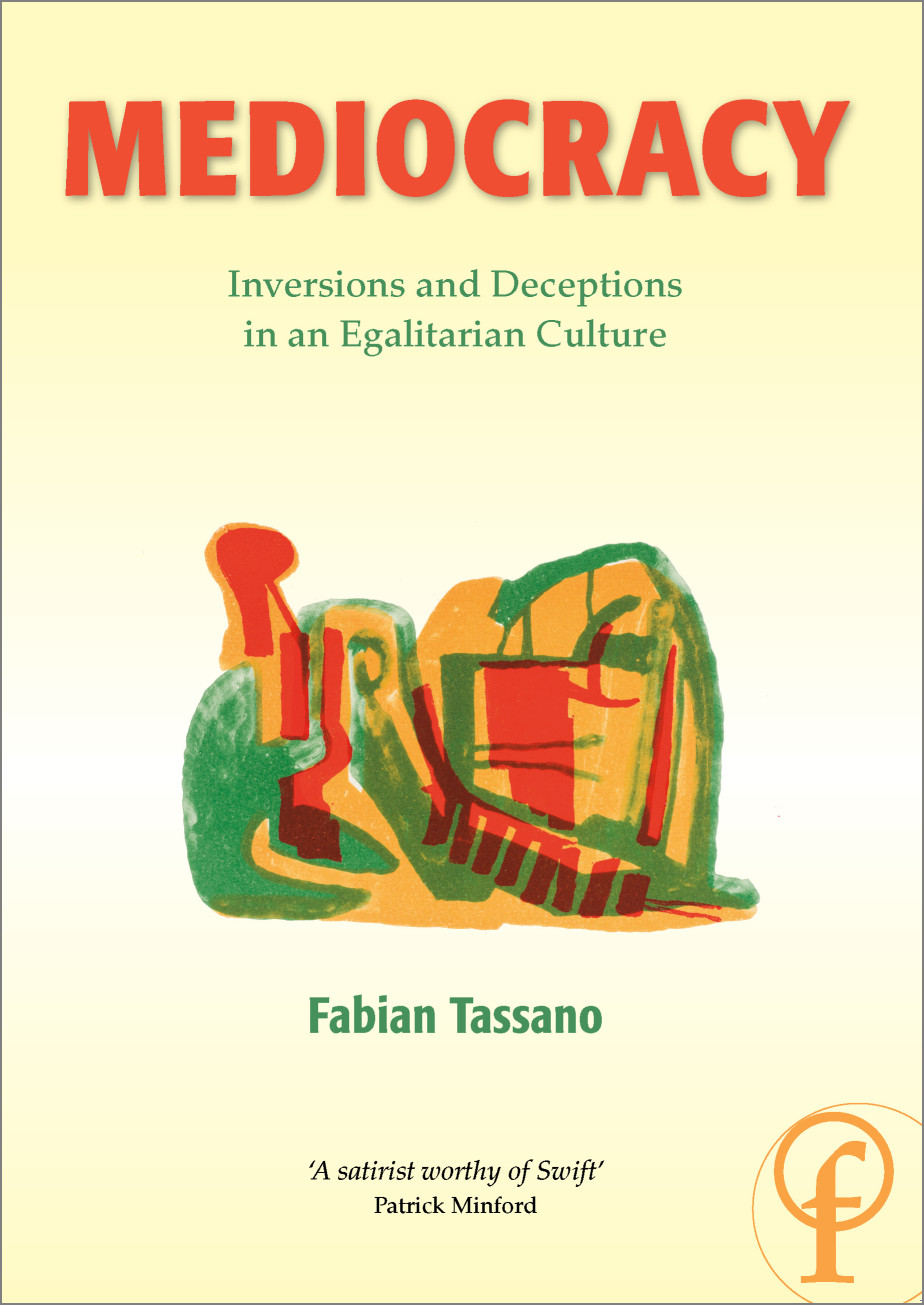 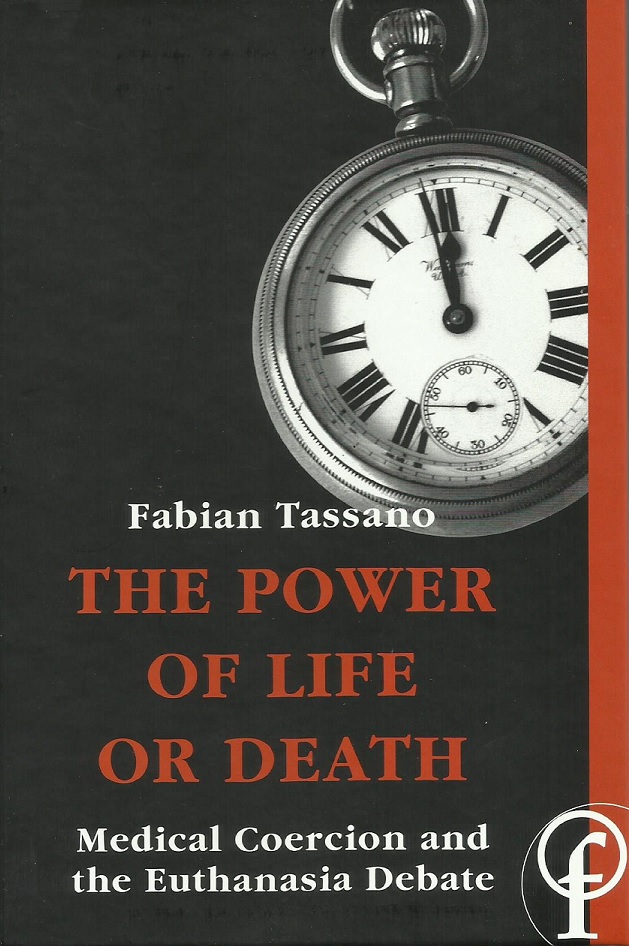 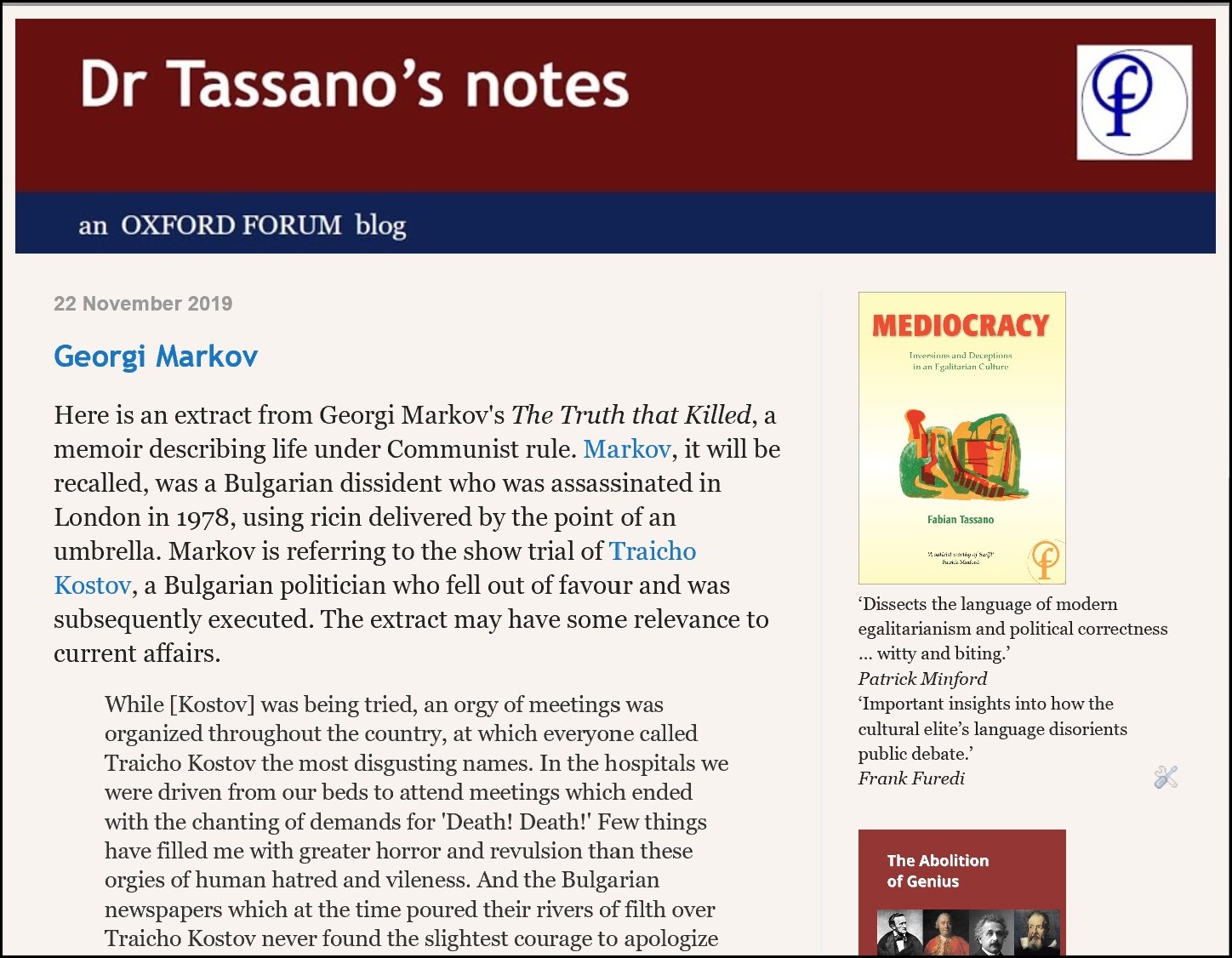 Oxford Forum is an association of independent academics.

Oxford Forum was founded in 1998 by Dr Celia Green to research and publish in currently neglected areas of psychology, philosophy and economics. It seeks to oppose intellectual and ideological bias in mainstream academia.


Fabian Tassano is an economist and author. He has taught economics at Oxford and worked as a senior economist for PricewaterhouseCoopers, London.

He is currently a Research Director at Oxford Forum.