inversions & deceptions
in the new hegemony 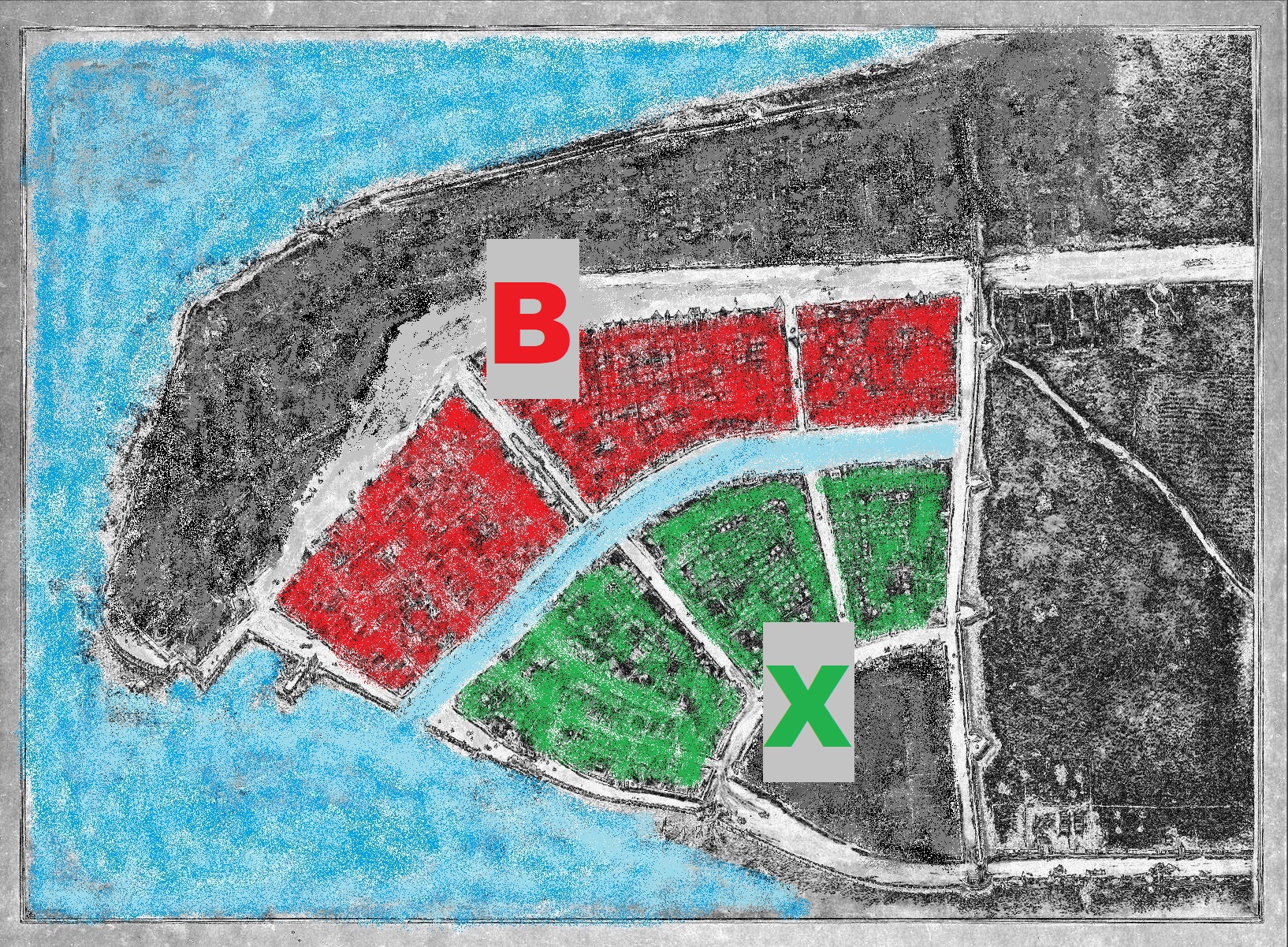 Kryptonia City — located on a small planet far away — has two principal districts: B and X.

Over the centuries, the inhabitants of B (Betans) have acquired a reputation for being different from those living in X (Xavians). In particular, Betans are said to be more intelligent. Scientists who carried out tests have found that this reputation has some basis in fact: Betans do indeed score more highly, on average, in IQ tests than Xavians.

As with many differences in population averages, the underlying situation is more complex than is captured by the popular belief. Below is a graph showing the distribution of IQ scores among Kryptonians. The shaded area represents the large number of Xavians who are more intelligent than the average Betan. 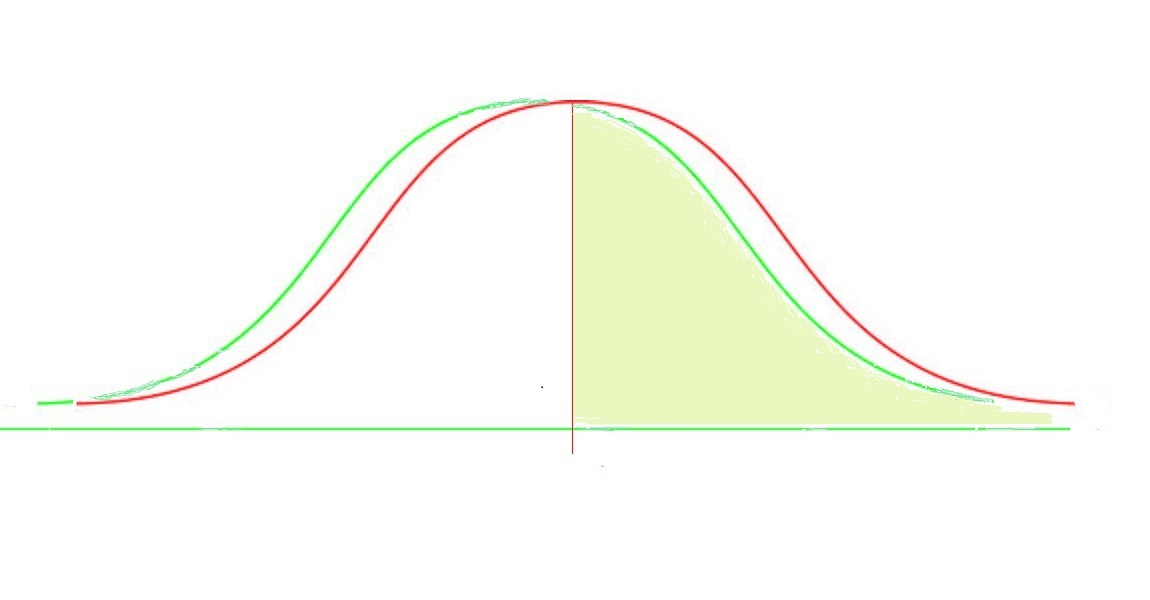 At a certain point in the history of Kryptonia, Xavians began to complain that preconceptions about them had hardened to the point where they were not being seen as individuals, but simply as Xavians — that is to say, as members of a group with certain average characteristics. They were not getting a fair hearing at job interviews. They were being perceived as relatively unintelligent. They were being automatically relegated to secondary roles. They were seen as good assistants, but not as good bosses.

Xavians complained that these preconceptions were being reinforced by the plots of novels and movies, and by the images conveyed via advertising. Heroic figures presented in fiction were usually Betans; political leaders were invariably shown to be Betans; etc.

Xavians also complained that financial inequalities were exacerbating the prejudice effect. It was acknowledged that differences in average IQ might lead to inequalities between groups, but Xavians argued that the greater economic power of B allowed it to unfairly advance the interests of its residents. This included promoting the supposed marvellousness of Betans — to a level which exaggerated underlying differences in ability. This then had the result that the position of Xavians was pushed down still further.

Claims about prejudice are difficult to assess, but no doubt are often true, at least to some extent. A difference in averages between two populations allows some to take the lazy route of assessing an individual purely on the basis of group membership. Statistically, decisions made on this basis are worse than if one tried to assess individuals qua individuals, but they do come out better than throwing a dice.

After a few decades of unease, the elites of Kryptonia came to the conclusion that the prevailing prejudice against Xavians was undesirable, and that it should be countered. To oppose it, it was decided that all cultural output should promote a positive image of Xavians. Novels and movies were to have Xavians in the role of protagonist as often as possible, and were to strenuously avoid endorsement of prevailing prejudices about Xavians.

Newspapers were encouraged to print articles that presented Xavians in a favourable light. Conferences were held promoting the role of Xavians in business. Government grants were available to support Xavian-friendly associations. Xavian-promoting think tanks received plentiful funding. And so on.

More controversially, it began to be regarded as acceptable, and even laudable, for Betans to be treated negatively in cultural output. Books and articles were written about the supposed ‘dark side’ of Betans, alleging that they exhibited relatively high levels of qualities such as greed, rapaciousness, and brutality, and that they tended to lack desirable qualities such as empathy, cooperation, or altruism. Betans began to be regularly portrayed as stupid, short-sighted or inflexible. It was frequently implied that they had achieved a superior position more as a result of negative characteristics such as bossiness than because of greater intelligence.

Reference to actual differences in average IQ, or other ability measures, between Betans and Xavians was strongly discouraged. This was achieved by making the concept of IQ one to be avoided whenever possible, and by making discussion of group differences taboo. However, if the topic came up unavoidably, scepticism would be expressed about the results of the tests, implying they were of dubious validity.

Pressure to behave in the new, socially conscious manner was exerted in a variety of ways. Journalists were not promoted unless they aligned themselves with the fashion for affirmative action. Television stations only transmitted programmes that made a contribution in the required direction.

The Kryptonians abstained from using the law to coerce people into behaving in Xavian-promoting ways, relying on subtler methods. It was not illegal to publish, say, novels or stories that endorsed the old stereotypes. However, practices of this kind became severely frowned upon and eventually were more or less wiped out.

Should one approve of Kryptonia’s cultural policy? Possibly yes, up to a point. Perceptions based on averages can make life difficult for those who deviate from those averages — as of course most do. A certain amount of counter-pressure may be desirable. However, there is a price to be paid.

Exerting counter-pressure means cultural output is consciously made to pursue a particular agenda. Perhaps culture always contains unconscious agendas of one kind or another, but knowingly and covertly adopting a social policy that has not been endorsed by a society as a whole is likely to have definite psychological effects. One’s attitude to truth is likely to shift, and one may find oneself starting to think more and more in terms of ends justifying means. That is likely to be particularly undesirable for those working in truth professions such as journalism, teaching or research. Overall, a policy of artificially tweaking output in order to have good effects is liable to lead to a culture of deceit. Truth itself may, in some contexts, come to be regarded as anathema.

Some Kryptonians are likely to suspect that they are being manipulated, and this could well have quite different results from those intended. For individuals to resist and oppose manipulation by others may be a hardwired characteristic, in which case the policy could paradoxically lead to greater B-X animosity rather than greater harmony. At the very least, it is likely to lead to suspicion towards the elites. If conspiracy theories start to become popular in Kryptonia, we should not be surprised.

Eventually, the policy may harden into ideology. In other words, the original reasons for the policy are forgotten and the policy simply becomes self-justifying: a dogmatic belief that cultural output which conforms to certain rules is ‘good’ and output which does not is ‘bad’. Those who do not observe the rules are denounced as evil, or ill — and, in either case, as requiring professional attention.

Ultimately, an ideology that acquires dominance turns into a power base. It allows those assigned to promoting or defending the ideology to have power over others. Protecting that power then becomes a goal in its own right.